Music and the Summer Solstice

Last year I spent the summer solstice tromping around town with a keyboard in tow. NYC does this thing called Make Music NY; musicians apply to play free shows outside, all over the city. I think I played 4 shows that day, ending with an in-the-round music circle, as the sun set behind us over the river.

This year I spent the solstice inside, at a wonderful songwriting conference in Nashville; we were still indoors listening to music long after the sun had set. Around midnight or so a group of us did make it outside into the sticky night, and played a round of whatever songs we could think of, while we still could think.

And then the next day we gathered for a low-key potluck in the hot June sun. We played a little, ate a little, and lounged as languidly as possible in the southern heat.

Not a traditional solstice celebration, I suppose, but all the elements were there, for me: sun, music, feeling alive, being with wonderful people. May we all have more days like that, however low or high the sun is in the sky. 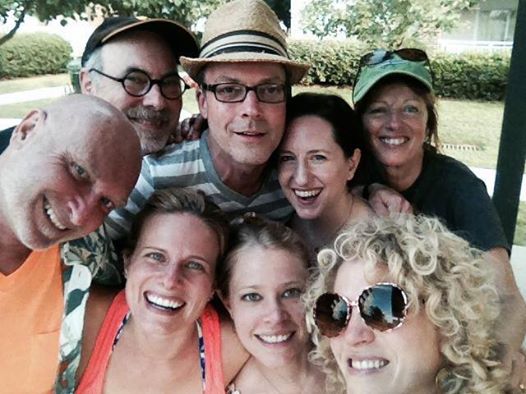 This entry was posted in Music, Musings. Bookmark the permalink.