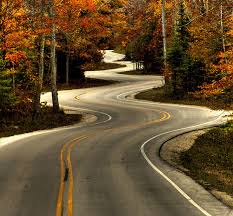 Firestorm of controversy! A Miss America contestant was judged to be ‘curvy’ by the tweet-o-sphere. He body was also called ‘normal’. (In this case, it was deemed a good thing. Sometimes, not so much. Ah, fickle tweetsters.) The ‘curvy/normal’ woman in question is 5′-8″ and size 4.

Now, we all know women’s clothing sizes are utterly made-up and wildly varying from maker to maker  — why can’t women’s clothes be labeled by measurements, like men’s are, anyway? — but if you google a photo of Miss Indiana, you will see she looks ravishing in a bikini. So whatever size 4 means, she’s wee. And tan, and pretty, and fit-looking, and very white of tooth.

She is not, however, curvy.

Because, friends, ‘curvy’ is a body type, not a weight class. If you are curvy, then your waist goes in and your hips go out, and other parts do the same up and down the length of you, in the shape of a curve. See above photo if you’re lost.

We have two conjoined issues here.

One is a widespread unwillingness to root around in our rich language for apt words to call a spade a spade. (In general, not just about this issue.) Mean people want to say ‘fat’, but they’re not allowed any more, and driving that underground is both good and bad. ‘Overweight’ is tough, because over what weight? ‘Plump’ is a terrific descriptive word, full of overtones of happy deliciousness, but it’s out of favor. I wish we would borrow from German, which has ‘zaftig’, which I find delightful.

In any case: when we want to describe someone as not-model-thin, we come up short. (Why we spend so much time describing women’s bodies is a different issue.)

But I don’t think using the totally wrong word to describe something is a good solution. Curvy means S-shaped. It has no bearing on weight-to-frame ratio.

The other part is our increasingly furtive but nonetheless extremely powerful disapproval of — well, of almost all women’s bodies. Which is exhausting, if you’re a woman.

Millions of extremely accomplished American women will collapse if they can’t fit into their thinnest pants and feel like a failure as a human. Because all that matters is being thin. Even pretty is not as important!  Thin or bust!

This curvy thing bugs me because
1) I am a self-appointed member of the Language Police, and
2) I am curvy, irrespective of whether I am overweight.

I hate that ‘curvy’ now means ‘fat, but we don’t want to say that’. Give me my word back!

*le grand sigh* Do you think we will ever get back all the energy we expend talking about women’s bodies, and do something useful with that brainpower?

This entry was posted in Musings. Bookmark the permalink.