The Wisdom of the Practice Chicken

Posted on November 25, 2013 by Elaine Romanelli 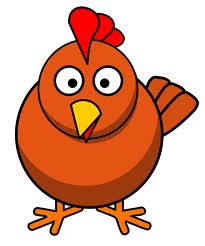 Vegans/vegetarians, this post is not for you (except maybe the end).

Think about happy free-roaming Fred here, and skip down, or read something else.

So here is the story. I am hosting Christmas this year, which was going to be 3 or 4 people and now is going to be twice that many. (Yes, in a New York apartment. What is that? You need a place to go? Join us! We’ll have to suspend you from the ceiling to fit you in, but it’ll be fun there. Toasty.)

Christmas is one of those meat-and-potato holidays for many families, and mine is no exception. Which is fine, except that I cook meat fairly close to never. I find it sort of oogy to handle, ripping at bones and muscles as one must. Everything lives by eating something else that lives, I know this, I just feel less bad when ripping away at plant parts. Whatever. It is what it is.

The point is: my skills are perhaps not-so-bueno on the meat roasting front. I may have never cooked a whole chicken on my own, ever, in fact. (I did once, several years ago, thanks to the contributions of a team of people and a fair amount of wine, successfully cook a turkey. We were brash and bold and full of confidence then. Ah, youth.)

I settled on chicken because cow is more than I can manage, pork is divisive, I don’t know from ducks and geese, and (obviously) a turkey takes a team.

Then I consulted several recipes, and they all said the same thing: whatever you do, for the love of all that is holy, don’t try this for the very first time on guests!  Test it out first.

This particular chicken (let’s call her Wilma) had a pretty good life, I think (right up to the being killed and subsequently eaten part). So that calmed me, right off the bat.

Even better: my excellent-cook friend who does not fear meat slipped me an annotated photocopy of what amounted to a ‘Roast Chicken for Dummies’ recipe. (It has fewer than 5 ingredients, all of which I can pronounce.)

So that left purchasing a roasting pan, which was drama enough for several daytime soap episodes, and the actual Cooking of the Chicken.

The pan got bought, the chicken got put on it (by me! Without a team!) and into the oven they went for 70 minutes.

I am sorry to say I failed to take a photo of Wilma when she emerged from of the oven. But she was a beauty. Browned perfectly, and wafting potato-onion-chicken perfume into the air.

AND: Moist and flavorful. Yes! Even the white meat!

So the practice chicken was a success. But oddly enough, I didn’t really care if it was or not. I found myself observing the experience of trying to learn roast a chicken with a sort of compassion for and interest in the process.

And I think there are lessons about the process that apply to more than chickens.

This entry was posted in Food, Musings. Bookmark the permalink.